Start a Wiki
Tomb Raider, also known as Tomb Raiders in Japan, is the first game in the original Tomb Raider series. It has been re-released several times.

During a prologue in Los Alamos County, New Mexico, a nuclear test causes a massive explosion. The explosion reveals an ancient device that was buried beneath the desert. Once the device unlocks, it reveals a person in suspended animation.

In current day West Bengal, an English archaeologist named Lara Croft is staying at a hotel. She is contacted by an American man named Larson Conway, who works for Jacqueline Natla, a wealthy business woman. Natla is the owner of Natla Technologies and she hires Lara to find an artifact called the Scion. She then tells Lara that the Scion is located in the mountains of Peru, in Qualopec's lost tomb.

Upon retrieving the Scion, Lara is attacked by Larson. After defeating him, Lara questions Larson and learns that what she found is only a fragment of the Scion. He also reveals that Natla hired a man named Pierre Dupont to find the other fragments. In response, Lara later breaks into Natla Technologies.

Upon discovering a monk's journal, Lara learns about an ancient monastery of St. Francis that is located in Greece. This monastery houses the tomb of Tihocan, a ruler of Atlantis, as well as the second Scion fragment. While making her way through the monastery, Lara is attacked and pursued by Pierre throughout. Once she reaches Tihocan's tomb and claims the second Scion fragment, Lara finally kills Pierre. Inside the tomb is an inscription that says that Tihocan was ""one of the two just rulers" of Atlantis.

When Lara joins the two Scion fragments together, she sees a vision of Atlantis' three rulers. Each one has a piece of the Scion and one uses theirs to create a new mutant species. However, she is confronted by the other two and her piece of the Scion is taken from her. A fireball then strikes Atlantis and scatters the pieces of the Scion as Atlantis' civilization is destroyed. The last piece is sent to Egypt, Lara's next destination.

Lara's travels lead her to a temple complex in Egypt called the City of Khamoon. Lara is pitted against the mutants from the vision as well as Larson. After killing Larson, Lara grabs the final Scion piece from an underground sanctuary. She is then ambushed by Natla and her henchmen. Natla steals the Scion and leaves Lara to die.

However, Lara escapes and sneaks onto Natla's boat. The boat takes her to a deserted island, which is really where the Great Pyramid of Atlantis is.After making her way through Natla Technologies' mines on the island and being confronted by a mutant doppelganger, Lara ends up in the heart of the pyramid. Here, the Scion is being used as a power source. Upon touching the completed Scion, Lara receives another vision. This vision shows that Natla was the third ruler of Atlantis and that she betrayed Qualopec and Tihocan by using the Scion's power for genetic experimentation. As punishment, Natla was locked into a stasis cell.

Natal confronts Lara and is attempting to restore her power through use of a mutant army. In response, Lara attempts to shoot the Scion but Natla tackles her. The two tumble off the platform and Natla ends up in a lava-filled crevasse. However, Lara manages to grab onto the breeding platform and pull herself up. Natla's largest mutant, a mutant torso, then hatches and Lara kills it. Making her way back up to the where the Scion is, Lara destroys it and the pyramids starts to collapse. Lara is then confronted by a mutated, winged Natla. Upon finally killing her, Lara escapes the pyramid and the island.

The game has received critical acclaim and sold over seven million copies worldwide. Common praises for the game were directed towards its graphics, gameplay, and storyline. Tomb Raider since went on to win multiple gaming awards. 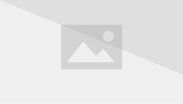 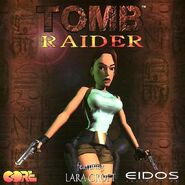 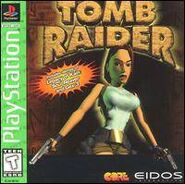 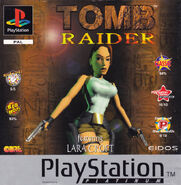 Tomb Raider Main Theme
The game's main theme
Add a photo to this gallery
Retrieved from "https://the-playstation.fandom.com/wiki/Tomb_Raider_(1996)?oldid=6692"
Community content is available under CC-BY-SA unless otherwise noted.